Nick Jonas (an American singer, songwriter, and actor) and Priyanka Chopra (Indian actress, model, and singer) – the international power couple were recently in the news as Priyanka left Nick stunned with a pregnancy announcement at Netflix’s Jonas Brothers Family Roast.

As soon as they reveal the news of having their first baby via surrogacy, the internet took the storm, though, on such a reveal, they have asked everyone to provide them some privacy. Well, that’s not the first time, Jonas Family has left everyone stunned, as they were in the news when Priyanka jokes about “expecting,” although, now it is confirmed that it was partially a joke or should we call it, a “hint.”

Well, they confirmed the news yesterday on their respective social media handles by saying, “We are overjoyed to confirm that we have welcomed a baby via surrogate. We respectfully ask for privacy during this special time as we focus on our family. Thank you so much❤️

Moreover, it is quite a suspicion that they are going to have a baby girl.

In a recent Vanity Fair magazine interview, Priyanka said, “They’re a big part of our desire for the future. By God’s grace, when it happens, it happens.”

Thereafter, she clarifies that they are ready to slow down their lives once they will have their baby by saying, “I’m okay with that. We’re both okay with that.”

Moreover, as per recent reports, their baby girl is premature (born 12 weeks before early) and is still in hospital of Southern California hospital outside LA, where she will be under observation until she will be in a good health.

Though, the bottom line is that even after having a busy life both the would-be parents – global icons Priyanka and Nick Jonas are ready to slow down that ride to success simply to focus on the growth of the baby.

It certainly reflects how serious they are for having or taking care of their baby! 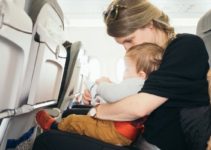